I remember the day we decided to adopt.

When I first brought it up to my dear husband, he thought I was crazy. We had 2 kids under 2 at the time. Maybe I was crazy.

Two years later, and another bio baby later, Mark came home from work, came in the back door as I was cooking dinner, looked right at me and said, “I think we need to do it. If we don’t do it, I think we’d be disobedient.”

And, so the paperwork began and the doctors’ appointments were made and the background checks ordered and the checks from our bank account written. And, only a couple months later, the hardest part started–the wait. 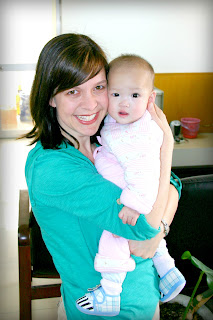 And, wait we did. One day short of 3 years after that day my husband walked in our back door and told me we were going to be the parents of 4, we met our daughter Lydia in a foreign city in a smoke-filled room that was miraculously transformed into holy ground.

And, a funny thing happened.

We knew her life would change entirely. She was an orphan living in an orphanage in a room with 40 cribs cared for by a staff of rotating nannies. She knew the noise of a busy city from outside the room she never left but lived in a building only a short distance from cave dwellings where families made their homes. She left her home country, the language she knew, the babies who were as close to a family as she knew, everything familiar.

Yes, her world changed. But, ours did too. And, nothing has looked the same since.

6 months after Lydia became our daughter, my husband told me he had an idea. He felt called to do something big, way big, like start-a-nonprofit-from-nothing big, an organization to serve adoptive families. He told me how he believed adoptive families needed more support, that he wanted to make sure as many families as possible got the help they needed both before and after they adopted. I smiled, thought it sounded awesome, and thought there was no way we could do it.

About 6 months after that, The Sparrow Fund officially launched.

Since April of 2011, it’s been quite a challenge figuring this non-profit thing out. But, all the late nights, computer time, and paperwork somehow becomes not that big of deal when we see pictures like this. 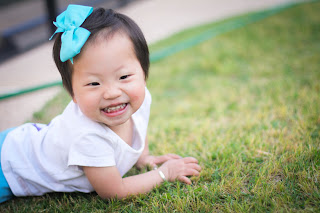 That’s Mazie. And, we got to play a small part of her coming on home to her family.

She’s one of 11 children whose families we helped through a grant in 2011.

Now, that’s something to celebrate right there.

It’s now August, 8 months into 2012, and The Sparrow Fund has grown. We’ve awarded 21 grants already, 21 grants to 15 families bringing home 21 children. And, we are now supporting families already home through conferences and retreats where they can get support and learn more and more as they do this task of parenting a child who has been grafted into their family through adoption.

We couldn’t be more excited about the work we’re doing–not because we’re anything special but because families need this kind of support and we get to be on the front lines of making sure they get it.

It doesn’t get much better than that.

Wanna play a part? Tell friends you know who we could bless with a grant or support about The Sparrow Fund. Visit The Nest, our store to support adoptive moms across the world and families in your own neighborhood. Consider sponsoring one of our conferences or donating something we can use in a raffle there to raise money for the work. Email us directly at info@sparrow-fund.org about how you can get more involved.

Forever changed by her experience of being adopted and adopting, Kelly Raudenbush is a stay-at-home mom/manager to 4 children and a professional juggler, juggling her calling as wife and mother with her secondary callings (professional editing, administrating an online support for adoptive families, and serving adoptive families through The Sparrow Fund). You can learn more about their adoption story, how they’ve been changed, and what life for them looks like on Kelly’s personal blog.