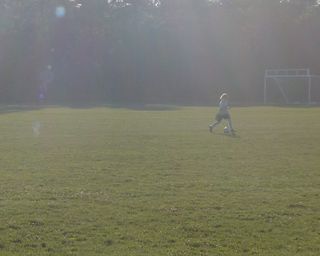 I grew up in a small suburban town.  I never had anything physically shocking happen to me outside of a few scraped knees from falling off my bike occasionally.  I have no speakable disabilities nor did I experience any type of abuse.  I was not a part of a TV movie about children in a cult.  I did not have ADHD.  When I got married, I wasn’t forced into it.  Everything bad that happened only happened in the movies – not to me.

I have no backstory.

But what I do have is children.  When they came around, that fa-la-la attitude I was so accustomed to in my charmed life before them sort of took a backseat to reality.  Everything that always seemed to happen to other people suddenly became everything I worried about.  Even though I never experienced terrible things like sexual abuse, I worry for the kids.  I’m scared about the way the world is these days.  I’m scared that they could be victims one day.

And I’m not just talking about MY children.  I’m scared for yours, too.  Being a parent sometimes makes it hard to keep your emotions within your own family.  They spill out to every other child out there. I want everyone’s children to be safe and protected from the people out there that could do them harm.  And if they are victims – which I hope they never are – I hope they can report the crime and get their abuser far away from any other children.

A couple friends of mine and I started the Facebook page No Child Sexual Abuse Statute of Limitations that will hopefully get more people thinking about the topic.  Right now, the statute of limitation in NJ to report an incident of sexual abuse states that you only have until two years after your 18th birthday to do it.  How does this protect our children?  It doesn’t.  It keeps sexual predators out on the street to do it again.

I’ve stated exactly this many times before: When you are 18, 19 or even 20, you’re adult life is in its infant stage, if that makes sense.  You THINK you know what you’re doing, but it really is a farce.  Being 38 now looking back, it was all a dream.  In your late teens, you are at the stage where you crave independence and can actually get it. It’s surreal.  But if you were abused as a child, that stupid statute it telling you that you will need to relive your past immediately.  You can not wait until you are ready to face it.

How is that possible when most young adults have either blocked out their abused past or are trying to run from it?  Why should there be any type of limit on when you can press charges against your abuser?

We’re at a critical time right now to do something about it.  On August 20th, the Senate is voting to put Bill S1651 in place that will lift the statute of limitations.  But we need to call and show our support of the bill.  We need to make sure they know what we want as citizens.  If it passes then it must also pass the Assembly vote before the governor will hopefully sign it in to law.

I hate politics.  I really do.  I do not understand why a child’s well-being should be a matter of political agenda.  But that’s the way it is.  That’s why this is now my cause.  It doesn’t matter that it hasn’t affected me personally.  What matters is that the law gets changed so that regardless of how old you are, you can file criminal charges against the monster that abused you as a child.

Call your senators to find out where they stand about Bill S1651.  Ask them to vote in favor of our kids.   To find out who your senator is, click here.  It only takes a couple minutes. If you do not live in NJ, call your friends that do and ask them to help.

Cindy Dudas is a work-at-home mom who started blogging as a way to get her feelings out there.  She is a freelance writer currently writing for the Parental Guidance section of NJ.com and her own blog Whatever Works.