My first interactions with Dr. Christine Meyer was when she guest posted on my blog with her FANTASTIC post An Educated View on Vaccines .  I have since been following her on Facebook and watching the AMAZING fundraising she and her Team CMMD have ben doing for the American Cancer Society.  I am so honored today to share Dr. Meyer’s guest post about Team CMMD and hope you all will share and join along!

I have my Grandmother’s thighs. Let’s be real, no woman ever mentions her own thighs in a complimentary tone. My Egyptian Grandmother was a larger than life woman and her thighs were just like the rest of her: big, strong, and a little scary. When I was about six, she taught me her technique for force feeding the geese she bred on the rooftop of her Cairo apartment. She would have a kid chase down a goose and bring it to her. My grandmother then plopped down on the ground trapping the goose beneath one of those massive thighs. Naturally, it would begin to squawk frantically. My Teta would take that opportunity to shove fistfuls of cornmeal down the goose’s throat. Because of those thighs, and her uncanny ability to shove food down their throats, Teta was known across town as having the fattest, tastiest geese.

Unlike her mother, my aunt never did use her thighs to trap geese that needed fattening. Instead she hid her thighs with long skirts. She avoided the rooftop chaos and hid in her room—always reading. Eventually, she went to medical school. I grew up hiding in the folds of my aunt’s skirts and watching over her shoulder as she studied human bones, pharmacology and microbiology. Because of her, I too hid my Egyptian thighs and eventually went on to medical school. She was there on graduation day. My aunt handed me my diploma, kissed me on the cheek and promised me that I would make a difference in the world someday—big thighs or not.

She was my hero.

A huge tumor had caused her bowel to perforate. And I, her adoring niece, the one with the medical degree she had bestowed upon me, was helpless to help her. It was that sickening sense of hopelessness that lead to the birth of Team CMMD. As I mindlessly stalked Facebook one cold December morning, I learned that the Philadelphia Broad Street Run had partnered with the American Cancer Society. All I had to do to guarantee entry to the most popular ten mile race in the country was start a charity running team. Mind you, my thighs were made for trapping geese, NOT for running.

Yet, in a moment of desperation, Team CMMD was created. After a single group text, my team went from being one member big to four. And just a few short weeks later and thanks almost exclusively to Facebook posts and tags and pleas, our team had gained over forty runners. By race day and just four months after its inception that inaugural Broad Street Run team had raised over 65,000 for the American Cancer Society.

Shortly after crossing the finish on May 5, 2013, and in an exhausted and slightly tipsy state, I proclaimed my goal for the 2014 Broad Street Run team: 100 runners. $100,000. Those within earshot th were stunned silent. Even I groaned the next morning…regretting my loud mouth and the fat thighs that started the whole mess.

But something miraculous had happened that spring. Yes, we had raised a lot of money for the ACS. Yes, we collectively ran and ran and ran all the while loathing cancer with all our hearts. But more than that, the forty some odd people on that team had become the unlikeliest of friends. As I lamented my crazy proclamation and tried to back out of it with grace, it was those friends that would not take no for an answer. None of us believed we would meet my crazy goal but in our hearts we all knew we had to at least try.

Team CMMD is a motley crew. We have first time runners and veteran marathoners. We are professionals, laborers, stay at home dads and single moms—all with one thing in common. We are tired of feeling hopeless in the face of cancer.

In this last record winter, that moment of hopelessness was replaced by dozens of moments of sheer determination. We ran over ice, through snow and in drenching downpours. We ran on fractured ankles, twisted knees, and broken spirits. We run but are never alone, and no longer hopeless.

Our team magnet is popping up on bumpers all over town. When we come across one, it is customary to turn it upside down as a show of support for a fellow teammate. Nothing puts spring in my step like coming out of the grocery to see my magnet flipped.

Never mind 100 runners and $100,000, this year, our team of 154 runners raised $174,320 for the American Cancer Society. $51,000 of that in ONE night —the night of our now famous cook-off. One hundred people volunteered to serve 250 paying guests not one but TWO competing five course meals to be judged on taste, originality and plating. In one night those 100 volunteers served 2500 plates of food and poured over 1000 glasses of wine.  That same clan just recently collected, hauled, and unloaded nearly four thousand pounds of food to our local food pantry.

Yes, we have raised nearly a quarter of a million dollars for the American Cancer Society. Yes, our team has grown from one to four to forty to over four hundred runners. Yes, we are making a difference in lives every day. But perhaps what I am most proud of is the difference we have made in each other’s lives.  The screaming self-doubt, stiflingly low self-esteem and crippling hopelessness have been silenced. In their place: Yes we can. Yes we did. Yes we will.

Want to help join or donate to TEAM CMMD?

About Christine….I am a wife and mother to three children ages 13, 11, and 6. In my “other” job, I am a practicing internal medicine physician. I am passionate about patient centered care to improve health, running to improve my state of mind, and good food ….just because I love to eat.

I blog about life, love, medicine and how they all collide unpredictably, chaotically, and often for the best. 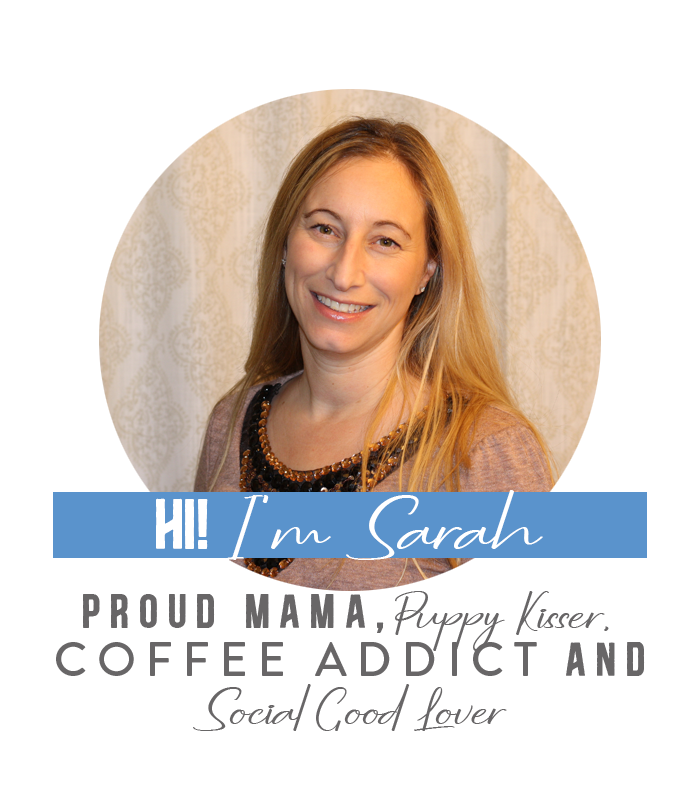