If you aren’t new here then you know that I LOVE Netflix!  I love it so much so that I am a Netflix Ambassador on their #StreamTeam.  Everyone in my house loves Netflix.  Hayley and Derek are so obsessed with watching shows via Netflix that they now complain about “regular tv” and how they “hate commercials” They beg for the apple tv remote and for me to please turn on Netflix.  Hayley will ask for my phone so she can “play on Netflix” Yes, it’s clear, we are a Netflix obsessed family!!

So far this month I have found two 100% completely awesome binge-worthy shows for all of you!!

First I watched Bloodline.  If you were a fan of Friday Night Lights and miss your dose of Coach Taylor then Bloodline should be added to your Netflix queue, for sure!!  However, don’t expect a Texas football storyline because Bloodline is nothing like Dillan Texas!  Bloodline introduces us to the Rayburns and although most families have a “black sheep” I wouldn’t wish a brother like Danny Rayburn on anyone I know!  From threatening to reveal his own sister’s secret to interjecting himself, and by association his family, into very bad illegal activities; Danny Rayburn brings a lot of drama into town when he comes home for his parents anniversary party.  I finished season 1 in about 3 days and I am anxiously awaiting Season 2.  Bloodline has been renewed for a second season with a 2016 expected release date

Last week my mother and sister both told me I needed to check out Grace and Frankie.  Since they both have such different taste in shows and both loved it I thought I would give it a try.  Saturday morning I started Grace and Frankie and by the end of the day I was about 6 episodes in.  I love the characters, ALL of them.  Grace and Frankie couldn’t be more opposite yet years of association, memories and their husbands leaving them, bring these two women to see how much they truly care for one another.    The rest of the cast, including members like Coyote and Brianna, is filled with silly dysfunctional characters that all argue yet deep down the love is there and they show it!  I have about 3 episodes left and I can then add it to the list of shows I can’t wait for the next season to arrive!! 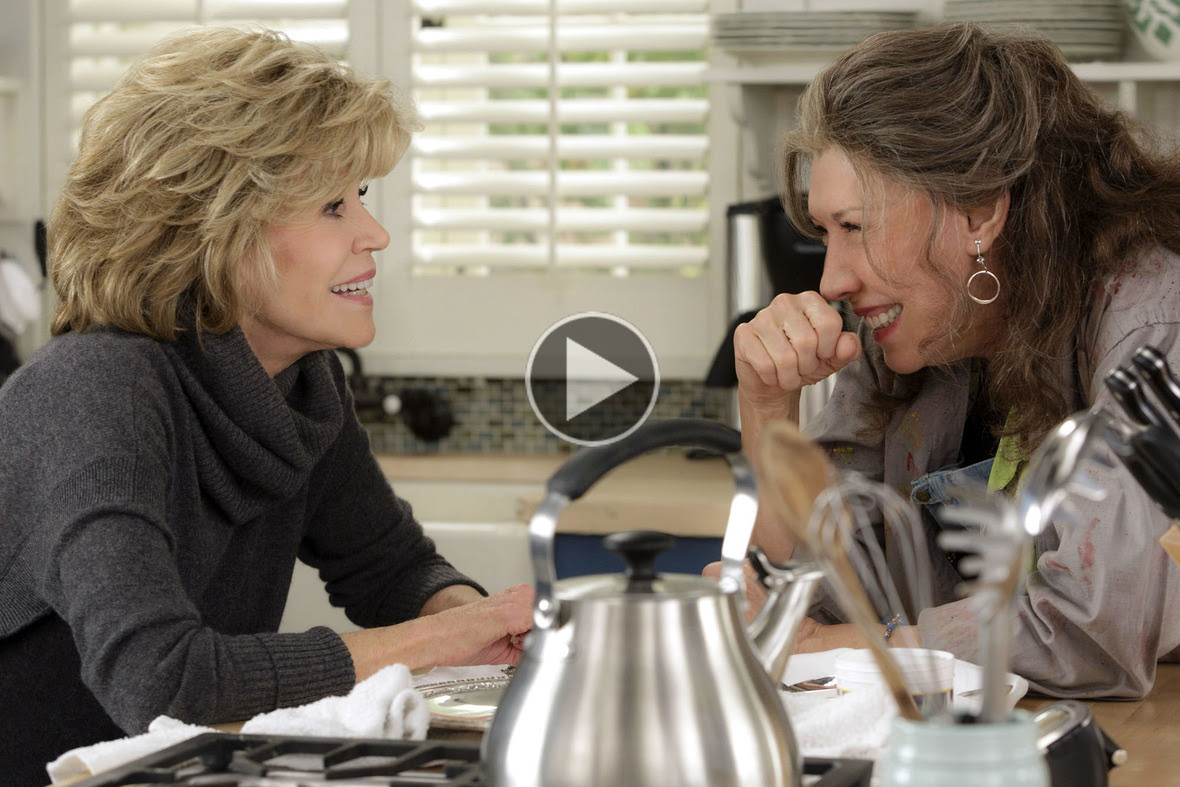 Up next…Scandal.  I am one of the rare few that hasn’t seen Scandal but everyone from different parts of my life insists I must see it!

What are you currently watching??????

Disclosure: I am a Netflix Stream Team Ambassador.  All opinions are my own

Previous Post: « What kind of world do you want for your family in 2030?
Next Post: Mini Fashionistas: Kids Swimwear From Hanna Andersson »